skip to main | skip to sidebar

Frankie had his corrective eyelid surgery! 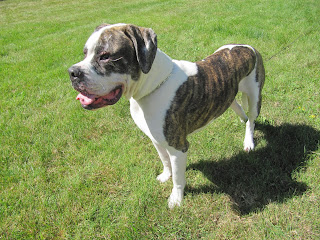 We are happy to announce that Frankie received his corrective eyelid surgery September 29th and has recovered amazingly! His eyelids however are still a little swollen and has another week before the sutures will be removed. Even with the swelling and sutures his quality of life has drastically improved. He now holds his head up high when walking and enjoys being able to actually see his surroundings. He has become more playful and actually acknowledges the toys his foster mom bought for him! We are excited for him to be fully healed from the surgery and be able to finally be placed in his forever home. He is still looking for an adoptive home!

Eleven Eeven Animal Rescue would like to say a big THANK YOU on behalf of Frankie to those who donated / Helped; we would not have been able to do this for Frankie without you. Thank you for giving Frankie this chance at a new Out – Look on life!

Here is a note from his foster mom, the morning after the surgery:

"FRANKIE is doing great!! Last night he was playing with his ball and rope, bringing it to us to tug and throw. This morning he had a little muck in his eyes from sleeping, but he was LOVING his walk!! He actually had his head up and was looking at everything and trotting. What a difference. Great dog, amazing attitude. Way to go 11,11 - the surgery has given him literally a new look on life!!" 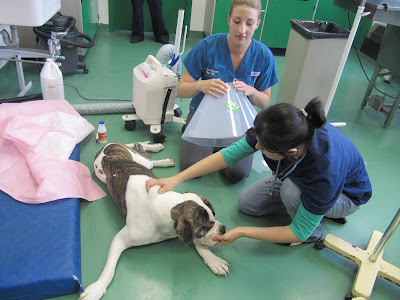 A picture of Frankie waking up from the surgery!

Posted by Eleven Eleven Animal Rescue at 8:55 PM No comments:

Stay in the loop!

We are all connected